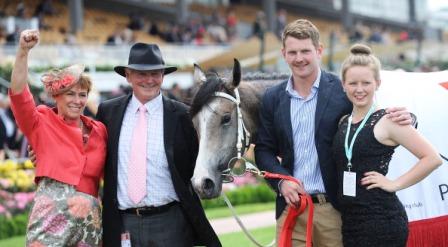 The article titled “Racing in this state must shrink; fewer racetracks fewer trainers” spoke of a glut of trainers in the Victorian ranks, struggling small businesses, and the strains of financial and emotional depression.

Dwyer didn’t disagree with the theme of the content. Despite a decorated career, he has experienced the strains of maintaining a viable business as he has scaled back the size of his Bendigo stable.

According to Dwyer, choosing to train from a regional base is a major part of that strain, one also faced by many young trainers who start their careers at country venues because to avoid the financial pressure of city tracks; unfortunately that choice comes with its own issues.

“Don’t get me wrong, I chose to buy a property here because that’s how I want to live and work, but despite how good the track and training facilities are, Bendigo is still seen as the bush by owners. That makes it very hard to attract good quality horses in good numbers and you need those numbers to have a good business,” Dwyer told G1X.com.au.

“I’ve trained group winners in three states, I’ve trained a champion sprinter (Regimental Gal) and have had lots of success, but it is very hard to get nice horses and it’s partly because of where I choose to train.”

The story of Darren Weir is of course the anomaly, with the country-based stable dominating Victorian racing for the last three seasons, but Dwyer points to the enormous size of that business as reason enough for it to be considered an outlier; the average country trainer doesn’t have five-hundred horses in work.

“I’ve had people say to me ‘come to Flemington and I can get you 40 new owners’, but that’s not how I want to live or run my business…and that’s not affordable for young trainers just starting out either,” Dwyer said.

“There’s no sour grapes, that’s just the way the industry is, but that doesn’t mean it can’t change.”

And perhaps change isn’t restricted to the rationalisation of trainers as some suggest; after all, cutting out smaller businesses would only exacerbate the dominance of major stables that currently feast on so much of the state’s prizemoney.

This is especially important as the ageing racing industry battles to remain relevant and attract new interest from younger generations, like Dwyer’s son Shaun who is about to embark on a major role with Queensland trainer Tony Gollan’s new Sydney base.

“And that’s what racing needs to remember, you’re going to keep getting young people like him that know the challenges but still want to do the hard work and that’s great, but the industry needs to make sure they have the opportunity to get going.”