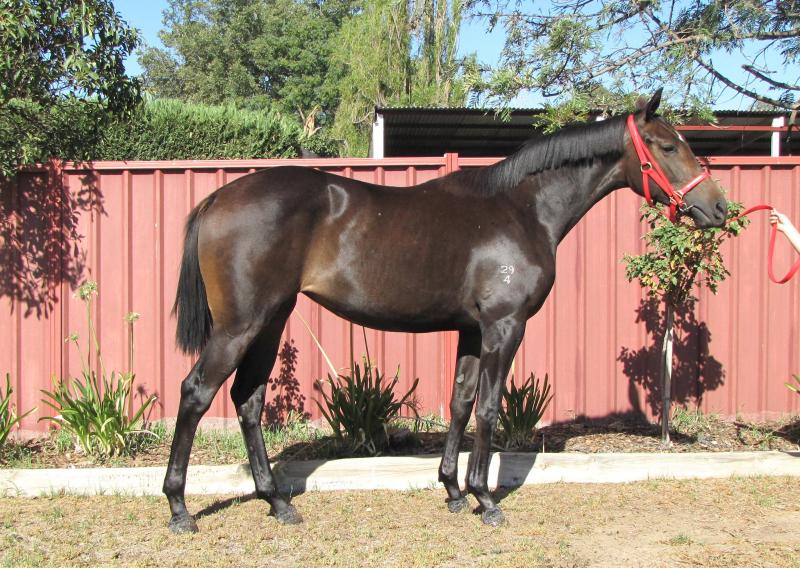 Lucas Cranach began his four year-old season in France in 2011 when fourth in the Prix d’Hedouville-Gr.3 (2400m) at Longchamp behind Ivory Land after running on strongly from last to be beaten just 1.75 lengths. Then he was demoted to second in the Listed Prix Bedel at Lyon-Parilly (2400m) on May 25, with runner-up Balaythous promoted, after being first past the post (short head), before returning to Germany to claim the Hansa-Preis-Gr.2 on June 26 in 2:29.22. He had one more run in that country before export when an unlucky fifth of 10 behind the Arc winner Danedream in the Grosser Preis von Berlin-Gr.1 (2400m) on July 24.
Lucas Cranach had his first Australian start for Anthony Freedman in the Caulfield Cup-Gr.1 (2400m) when he carried 56kg into fifth place, beaten 3.1 lengths, behind Southern Speed, Green Moon, Tullamore and Manighar (short head) in a field of 18 after being near the rear early and coming wide on the final turn, staying on well. He then saddled up for the Melbourne Cup-Gr.1 (3200m) at Flemington on November 1 and ran a ‘blinder’ to be third of 24 behind Dunaden and Red Cadeaux (nose), beaten 1.4 lengths in 3:20.84 and with Americain a neck back fourth and Manighar fifth. Lucas Cranach raced in mid-field and started to make headway in the final 400m, hitting the lead approaching the final 200m and was caught with 50m to run but held on bravely.
Off the scene until February 25, 2012, the great-grandson of legendary sire Sadler’s Wells flashed home for a dominating 1.25 length win in the MRC Peter Young Stakes (St George)-Gr.2 (1800m), coming from last to beat fellow imports Ilo and Manighar in 1:48.22.

A horse with tons of talent who won from 1800m-2400m, Lucas Cranach is among the first of the recent influx of imported stayers purchased in Europe to chase our staying riches to go to stud.