LAST CHANCE TO OWN A LUCAS CRANACH STAYER 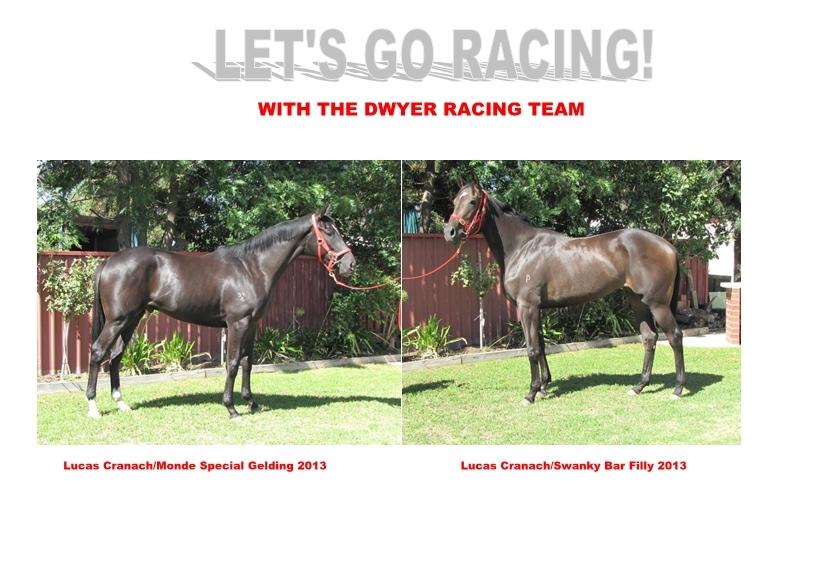 These two beautiful Lucas Cranach horses were purchased as weanlings at the Inglis Weanling Sale in 2014 and have been given plenty of time to grow and mature before being broken in earlier this year.

They are by imported sire Lucas Cranach who ran 3rd in the 2011 Melbourne Cup, beaten only 1.5 lengths by Dunaden and Red Cadeaux.

Both are in work at my stable have shown potential on the track (although neither have been put under too much pressure at this stage) and I aim to target the better staying races both in Melbourne and interstate with them as 3YO’s.

Give me a call to discuss how you can participate in the excitement of racing a stayer.